Tempestuous Temperaments (疾風怒涛, Shippū Dotō) is the first episode of Samurai Champloo. It orginally aired May 20, 2004 and aired May 14, 2005 in the US.

Fuu, a waitress tired of being harassed by the village prefect's son, convinces the rakish warrior Mugen to confront him. Across town, skilled ronin Jin kills the prefect's bodyguards as they prepare to kill a peasant. Jin enters the restaurant, where Mugen mistakes him for the prefect's elite bodyguards and seeking a worthy adversary, engages him in combat. The restaurant burns to the ground and the local authorities capture both men and sentence them to death. After escaping their execution with Fuu's help, she convinces the two to join her on a quest to find a samurai who smells of sunflowers.

The episode opens on our two lead characters, Mugen and Jin, in the moments before they're about to get executed for... some reason. The show's getting a little ahead of itself, so it rewinds to a day earlier at a tea house. There we meet another one of our lead characters, Fuu, having to deal with some rude customers. The tea house seems like a rather debauched place where douchebags just flirt with and fondle women indiscriminately, and Fuu's annoyed by this, complaining to the workers in the back. She's advised to restrain herself since one of the customers, a blonde gentleman, is the son of a governor. Meanwhile, one of the customers is pestering an innocent old man in the tea house, and Fuu tries to interfere before being silenced and getting dragged into the back.

A hip-hop record-style transition takes us to a scene of a man pleading with the aforementioned governor to not lose a construction job he evidently had, even going so far as to offer him money, but the governor refuses, calling on his bodyguards to dispose of him. In the crowd observing the incident we see Jin wanting to defend the man, but another person in the crowd advises him to just let it happen. As they prepare to kill the man, Jin ultimately interferes, berating the governor's bodyguards for their dishonorable behavior before engaging them in combat. Jin manages to tear down the governor's bodyguards no problem, and then he silently walks away from the scene.

Back at the tea house, Fuu prepares to deal with a new customer, who turns out to be our other hero Mugen. He asks for some water, but she explains that he needs to order more or leave. He invites her closer to him and tries to make a deal: 50 dumplings in exchange for getting rid of the ill-mannered clientele. She tries to haggle down to 20, but she's called to bring tea to the customers, accidentally tripping and spilling some on the governor's son. Enraged, he and his fellow samurai pin Fuu down to the table and threaten to start cutting off body parts, but she manages to yell "100 dumplings", which gets Mugen's attention and motivates him to take the governor's son and his men on in battle.

He starts taking them all on, cutting a handful of them to pieces with ease, before the governor's son interrupts the fight, letting him know of his lineage before Mugen interrupts back with his "I don't care" attitude. He tries once again to intimidate Mugen, but he's having none of it, making a declaration to the other samurai in the tea house to summon the governor's bodyguards to their location, breaking his son's fingers one by one while doing so. This is interrupted by Jin suddenly entering the tea house, and Mugen, thinking that Jin is one of the bodyguards, proceeds to take him on in a fight. While this is going on, a man named Ryujiro shows up and sets the tea house on fire. The two samurai, trapped inside, decide to continue their fight.

Suddenly, Mugen wakes up and finds himself tied up next to Jin in some unknown location, which we can assume is the governor's house. Apparently at some point during the fight, the two of them were captured by the governor and his men, pissed off that his son died in the tea house fire. The governor's men proceed to torture our two heroes for extended periods of time. While this is happening, Fuu is lamenting the loss of the tea house, and the owners invite her to stay with them since she has no family, but she refuses, instead going off to rescue Mugen and Jin.

At the front entrance of the governor's house, she tries to bargain with the man guarding the door to get in, but it doesn't work and she's forced to knock him out with the help of her adorable squirrel sidekick Momo. Fuu finds the cage where Mugen and Jin are being held captive, and she promises to free them in exchange for a favor: finding a samurai who "smells of sunflowers". However, she's unable to break them out in time and is forced to escape from the guards.

The next day, word gets out about a public execution, and Fuu correctly suspects that Mugen and Jin are the victims. As the two are taken to the execution site, Fuu quickly thinks of a plan to try and save them, obtaining miscellaneous supplies to aid her. The execution is about to take place, bringing us back to the scene that the episode opened on, as the two manage to break free, grab swords, and fight back against the governor and his men. Fuu continues her way to the execution site, eventually making it to the roof of the entrance as Mugen and Jin continue fighting, with Jin eventually killing the governor. Fuu grabs a couple of items out of her dress, which turn out to be bomb-shaped fireworks, and she lights and throws them into the execution site, setting off a massive display of lights which scares the remaining guards. Fuu manages to meet up with Mugen and Jin who are about to rekindle their fight from earlier, but she tries to stop them since she still needs the favor from them. She decides to settle it by flipping a coin, which Mugen decides to flip for her. It comes up tails, meaning they have to postpone their conflict, and the episode ends with the three escaping the pursuit of oncoming guards.

A list of characters that appeared in Tempestuous Temperaments, in order of appearance. 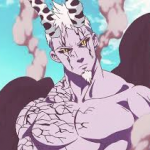 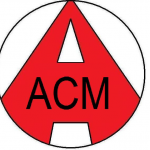 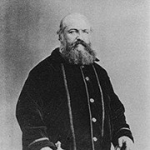